Enjoy modern living in the North End neighborhood, which is just down the road from Old Town Louisville and a stone’s throw from Hecla Lake as well as the grocery store. One of the few homes in the neighborhood that backs to trails! Take in Colorado sunsets from your rockers on the front porch of this 4bd/3ba open concept floor plan with 12-foot ceilings and hardwood throughout the main floor. Prep veggies from the farmer’s market in the chef’s kitchen while watching the game and hanging out with loved ones. Put in a full day of work in your home office before jogging up the street to Hecla Lake for a workout with great mountain views. Four bedrooms upstairs provide refuge from main level activity. Settle into a good book in the sun-drenched master suite with five-piece bath. Live in a neighborhood that embodies Louisville small-town living.

We moved to Louisville looking for a new, low-maintenance home that was close to all that Old Town Louisville offers.  We knew we found the perfect fit when we chanced upon 1854 Blue Star Lane.  Our hopes quickly became a pleasant reality as we realized that all of our favorite restaurants and parks in Old Town were a three-minute drive or a ten-minute easy bike ride away, shopping at the grocery store was in walking distance, and we had the luxury of accessing two different trail systems around either Hecla Lake or Waneka Lake for our morning and evening walks.  Our driving radius has decreased considerably with so many things located at our fingertips.  Louisville is a small town with a great sense of community and very evident in our neighborhood.  Our kiddos quickly joined the flock and enjoy biking, playing ball, and exploring within easy sight of our front porch.  We’ve made lasting friendships with great people on the street during summer BBQs and kids’ birthday parties, where the Sweet Cow ice cream truck makes regular appearances.

The layout of our home suited our family perfectly, even through the pandemic.  Our main level provides the open-living concept that allows us to connect while also providing for little niches to seek some private time.  The kids often will work on homework in the dining area while we prep dinner in the kitchen.  Our home office gets great day-time light and is well buffered from the hustle and bustle sounds of family activity.  Our outdoor area provides a perfect amount of space for play and lounging on the front porch or back patio while requiring little time to maintain in the spring and summer.   Our home is a special place and we hope that its new owners will enjoy the many elements that we grew to cherish.

We have many memories of living here but our fondest include sipping lattes from Precision Pours in our front porch rocking chairs, biking to Waneka Lake on the 4th of July to watch fireworks, and weekly trips downtown to the Farmer’s Market for fresh produce, dinner along Main Street, and visits to the library.

We will miss the small-town feel of Louisville.  The trail system leading from our neighborhood is fantastic.  We use it year-round to access lakes and parks, the outdoor pool at Memory Square, Coal Creek Trail, the Louisville Sports Complex, and Old Town.

The city hosts a steady stream of fun events from the Parade of Lights in December to the Taste of Louisville in the Spring to the Street Faire on Friday nights in the Summer to the Labor Day Parade and Pie Contest in the Fall.  Our favorite eateries include Moxie Bread for their old-world heirloom wheat loaves of bread and buttery pastries, Huckleberry for their eggs benedict and pie, Lulu’s for Texas-inspired BBQ, Sweet Cow for their homemade ice cream, and Lucky Pie for thin crust pizza and local beer.  Our favorite coffee/tea shop is Bittersweet – they have tasty breakfast and lunch options too.  Louisville’s 12Degree and Gravity brewing are fun too for a cold beer after a long week. Trips to grocery stores and general shopping are a breeze.  King Soopers is a five-minute walk from the house.  Alfalfa’s, Whole Foods, Target, and Costco are all within a 5-15 minute drive.

+ All About Our City

Louisville is located 10 minutes southeast of Boulder, on the east side of Highway 36.  The city was founded in the late 1800’s by Louis Nawatny who named the town after himself.  Coal mining was the primary industry; the town boasted over 100 mines in its heyday in the early 1900s with the largest being the Acme mine located directly beneath Old Town.  Louisville is composed of two distinct business districts; Old Town to the east and a more diffuse region on the west side of town.  Residential areas are primarily located in between these shopping districts.  Old Town offers local restaurants, breweries, bakeries, unique shops, the public library, and the outdoor pool associated with the Recreation Center, which is located in central Louisville.  The west side of town offers hiking trails closer to the foothills, shopping in larger retail stores like the Home Depot, Safeway Grocery, and fast-casual eateries.  Other retail stores including Costco, Whole Foods, Panera, Target, Ulta Beauty, and Ethan Allen are a two-minute drive across Highway 36.  Many residents who commute to work via the regional bus system to Boulder or Denver will park their vehicles at the popular park-and-ride lot just off Highway 36.  Residents who commute locally often work out of the Colorado Technology Center, which is a master-planned business complex that houses nearly one hundred tech and manufacturing companies on the east side of town or the Centennial Vallery Business Park on the west side of town.  Local businesses include Sierra Nevada Space Corp., Fresca Foods, Medtronic, GHX, Design Mechanical,  Gaia, Vaisala, and CableLabs.

Louisville welcomes fall with its Fall Festival and Labor Day Parade.  Although the pandemic is preventing much of the activities we all cherish, we’ll have them back before long. The festival is located at Memory Square Park and includes food trucks, local vendor and artisan booths, a children’s pet parade, and a homemade pie contest.  The parade invites local businesses and residents to build floats, polish their antique cars, and or decorate their bikes to participate in the parade alongside the marching bands from local high schools.  The city’s Brewfest, Pints in the Park, is also held this time of year.  Top local breweries setup booths in Community Park and fill commemorative pint glasses of their tastiest brews for ticket holders.  The Parade of Lights occurs early in December and welcomes in the holiday season.  Folks come bundled in their winter wear and watch as fire trucks, ambulances, and vintage cars crawl down Main Street adorned with thousands of twinkling holiday lights and light-up effects.  Local businesses set up hot chocolate stands, Santa makes an appearance, and kids enjoy a petting zoo.  Louisville also constructs an ice rink in the winter in the space where the Summer Street Faire is held.  The ice rink is open all winter long and also serves warm drinks and snacks.  The Louisville Art District invited folks to stroll through open art galleries and studios monthly during the “First Friday Art Walk”.  The Farmers Market opens for the season and runs into Oct.  Also, the Taste of Louisville food festival and 5K occurs just after Labor Day and welcomes in summer.  Louisville kicks off summer with the Louisville Street Faire series, which occur every Friday night and consist of live music, food, drink and kid’s activities all in a three-block area of downtown.  The 4th of July Celebration is held at Coal Creek Public Golf Course and features fireworks, food trucks, live music and special fun for the kiddos.  Community Park hosts regular live music on Thursday evenings for residents as they picnic on the expansive lawn and play Bocce ball on the courts also located at the park.

It’s easy to stay active in Louisville.  The city dedicates over 25% of city-owned land to open space on which 32 miles of paved, gravel, and dirt trails extend.   Popular hiking trails include Davidson Mesa (3-mile loop offering unobstructed views of the Flatirons), Harper Lake (1-mile loop around a lake within a wildlife sanctuary), and Coal Creek Trail (a 14-mile trail that connects Louisville to neighboring towns of Superior, Lafayette, and Erie).  The popular Coal Creek Golf Course is a public 18-hole course with a clubhouse, restaurant, and driving range.  Many residents enjoy the 57,000 square foot Recreation Center, which was completely renovated in 2018.  The facility is truly a meeting place for the community and offers three different pools including a zero-entry kids area with a lazy river, slide, and splash pad, sauna, steam room, hot tub, cardio machines, weight room, spin cycle studio, indoor turf field, basketball courts, racquetball courts, indoor track, senior center, and a wide variety of fitness classes including stand-up paddleboard yoga in the pool.  Louisville’s outdoor pool, Memory Square, is located near downtown and is popular among the residents.  The city also maintains 27 parks, many of which have play structures and picnic shelters.  There are also two fantastic dog parks.

Downtown Louisville is buzzing during the week and especially on the weekends.  Visitors are drawn to the quaint historic district of downtown to peruse the local shops and galleries, take in the Farmers Market or Street Fair in the warmer months, and grab a bite to eat.  The city builds alfresco dining decks with beautiful flower boxes for most of the restaurants that line Main Street in the summer.  Enjoying a meal during a warm summer evening along Main is not-to-be-missed!

Louisville is part of the Boulder Valley School District and offers open enrollment. There are 4 elementary schools, 2 middle schools, and 1 high school.  1854 Blue Star Lane is within the boundaries of Louisville Elementary School, Louisville Middle School, and Monarch High School.

Brochure of the North End neighborhood

The HOA dues are approximately $35/month 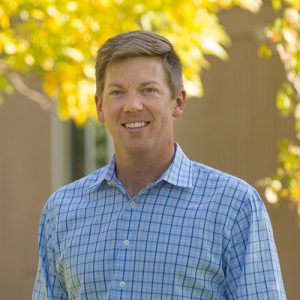 
View All of My Realty 360 View Listings
Boulder County Realty 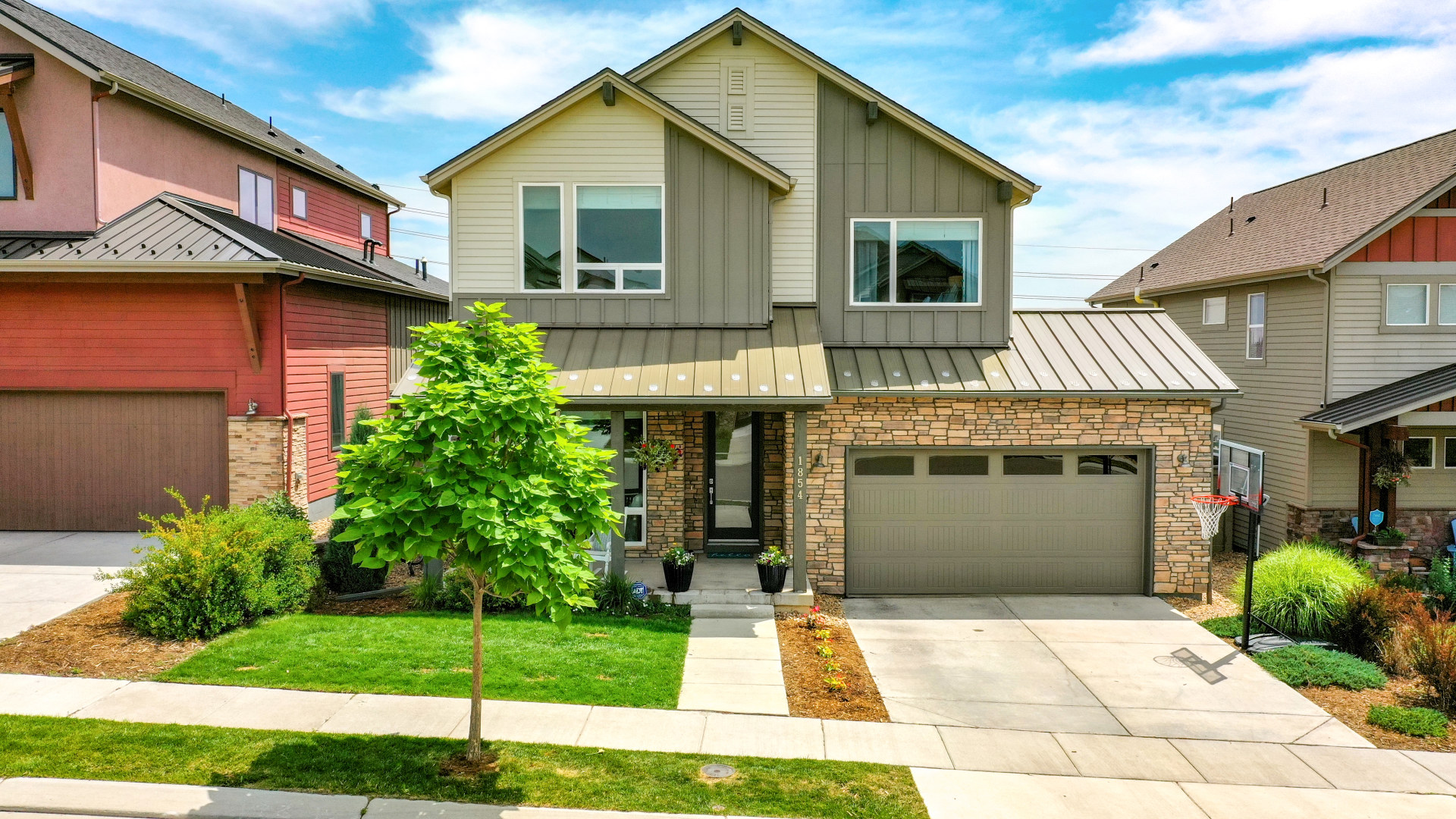 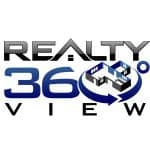